This Changes in Latitude Beach Spare Tire Cover,  printed on a heavy-weight Automotive, Marine 32 once Expandable vinyl. Bold, full-color print of the image on the back of tire cover. The  Spare tire cover is handmade in the United States. All of our spare tire covers are made to order. The tire cover is held on by a strong shock cord sewn into the back edge. Available in black only. Each tire cover is made to the exact size of your spare tire size provided while ordering.

What does a change of latitude mean?

To me, it simply means by changing your location you can change your outlook and your mood.

Changes in Latitudes, Changes in Attitudes is the seventh studio album by American popular music singer-songwriter Jimmy Buffett. This is his breakthrough 1977 album, which remains the best-selling studio album of Buffett’s career, and contains his biggest single, “Margaritaville”. It was initially released in January 1977 as ABC AB-990 and later rereleased on its successor label, MCA.

Changes were very popular and critically well-received and were a transitional album on several levels for Buffett. In a commercial sense, it ushered in Buffett’s greatest period of chart and airplay popularity – changing him from an FM cult favorite and minor hitmaker to a top-draw touring artist whose albums sold in the millions, receiving regular AM airplay at the time. Changes would be followed by equally popular and more grandiose expressions of Buffett’s “Caribbean Soul” on Son of a Son of a Sailor (1978) and Volcano (1979). All of these albums would combine pop, bar-band rock, country, folk, and reggae influences with the professional production of Norbert Putnam. 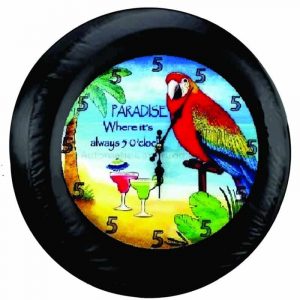