Dancing Indian tire cover shows Indian with face paint and feathers in silver or with dancing on a black tire cover.

Our Spare Tire Cover is printed on a heavy-weight Automotive, Marine 32 ounce expandable vinyl. The tire cover is held on by a strong shock cord sewn into the back edge.

The History of the American Dancing Indian Sun Dance

The Sun Dance is a ceremony practiced differently by several North American Indian Nations, but many of the ceremonies have features in common, including dancing, singing and drumming, the experience of visions, fasting, and, in some cases, self-torture.

The Sun Dance was the most spectacular and important religious ceremony of the Plains Indians of 19th-century North America, ordinarily held by each tribe once a year usually at the time of the Summer Solstice.

The Sun Dance lasts from four to eight days starting at the sunset of the final day of preparation and ending at sunset. It showed continuity between life and death a regeneration. It shows that there is no true end to life, but a cycle of symbolic and true deaths and rebirths. All of nature is intertwined and dependent on one another. This gives an equal ground to everything on the Earth.

The Native American tribes who practiced sundance are:

For many tribes of Plains Indians whose bison-hunting culture flourished during the 18th and 19th centuries, the sun dance was the major communal religious ceremony – the rite celebrates renewal – the spiritual rebirth of participants and their relatives as well as the regeneration of the living Earth with all its components – the ritual, involving sacrifice and supplication to insure harmony between all living beings, continues to be practiced by many contemporary native Americans.

The most renowned priest was also the best Lodge maker. He ran the entire ceremony and would instruct the participant in building a preparatory tepee and give direction to the other tribesmen who would gather the items needed for the construction. Men known for their eminence in their tribe were chosen to look for a tree with a fork in the top. This was to be for the first and center pole of the lodge. When a suitable tree was located a specially qualified person was called in to cut the tree down. The fallen tree was then treated just like a fallen enemy. Then, depending on the tribe a bundle was placed on the fork. In the Sioux tribe, the bundle contained brush, buffalo hide, long straws with tobacco in them, and other religious offerings Lucky to be Irish Tire Cover 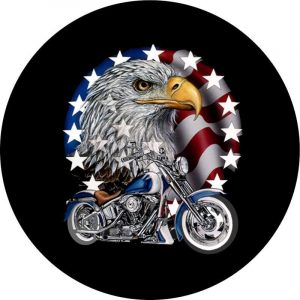