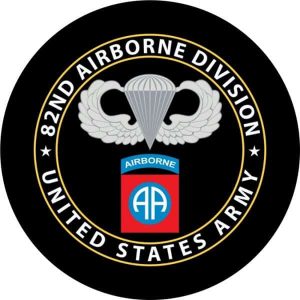 How did the U S 82nd Silver Airborne Division become established?

U S 82nd Silver Airborne Division is the most recognized American Military Division by most Americans.  As well as Semper FI the Marine Corp. of the U S Navy.