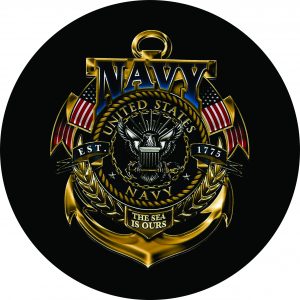 U S Navy “The Sea is Ours” Cover

U S Navy “The Sea is Ours” Spare Tire Cover

U S “The Sea is Ours” Tire Cover